JAY-Z is setting the record straight about his most recent party outfit. On Saturday, the rapper, 50, and his wife Beyoncé, 38, hosted their annual Roc Nation’s pre-Grammys brunch in style; JAY-Z wore a custom Frère suit, while Beyoncé went glam in a gray mini dress by Francesco Murano. 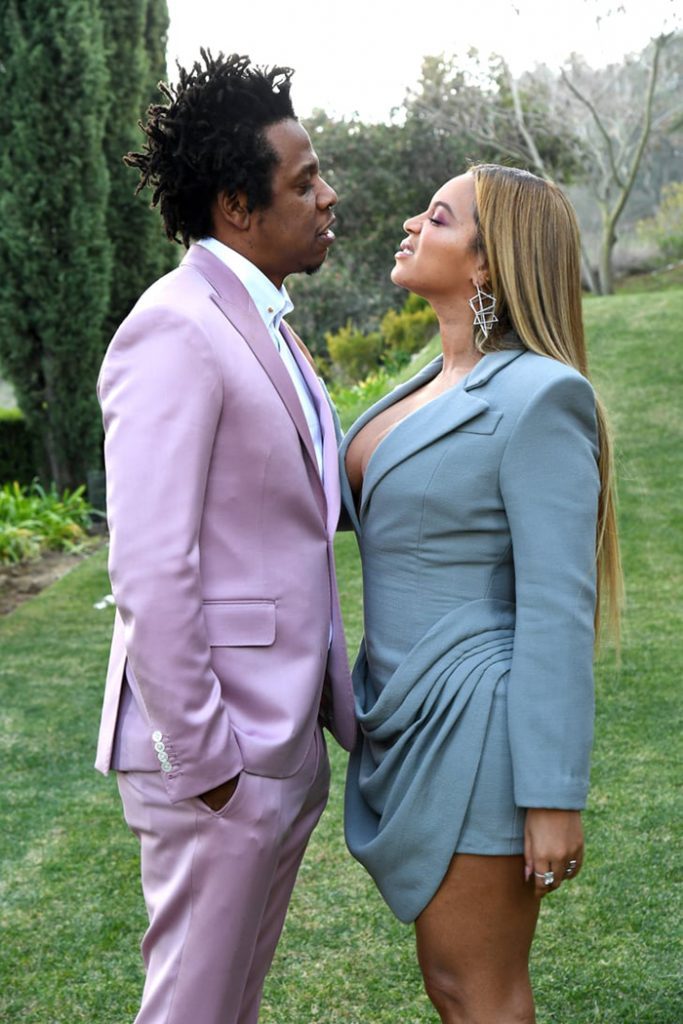 But when a fan complimented his “pink” suit as the rapper left brunch, JAY-Z quickly corrected him.“I like that pink man,” a fan said to the father-of-three as he got into his car, captured by a fan account on Instagram.“It’s mauve, bro,” he responded, repeating the color three times to set the record straight on his look. He then quipped: “It’s a marvelous day.” 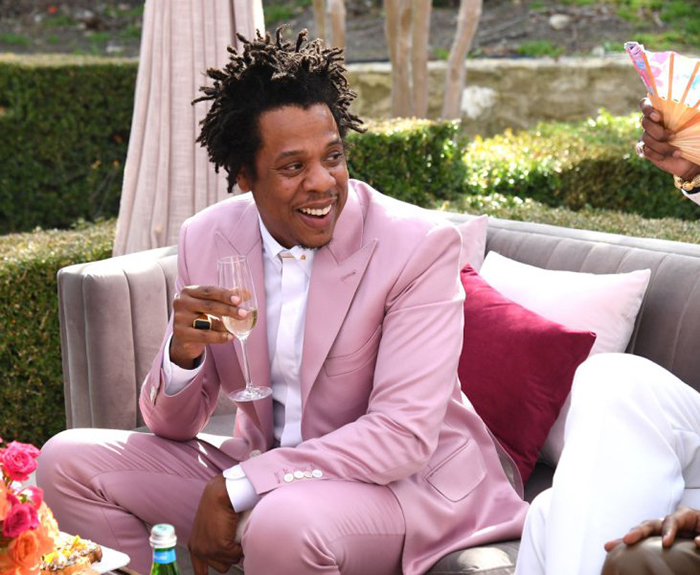 The coordinated couple even packed on some PDA and posed for pictures at the Los Angeles brunch – which was also attended by Rihanna, the Jonas Brothers and Kelly Rowland.While the duo did not attend the 62ndAnnual Grammy Awards, they still celebrated music’s biggest event with their star-studded brunch and the pre-Grammys gala (where Bey and JAY-Z donned uber-glam looks). 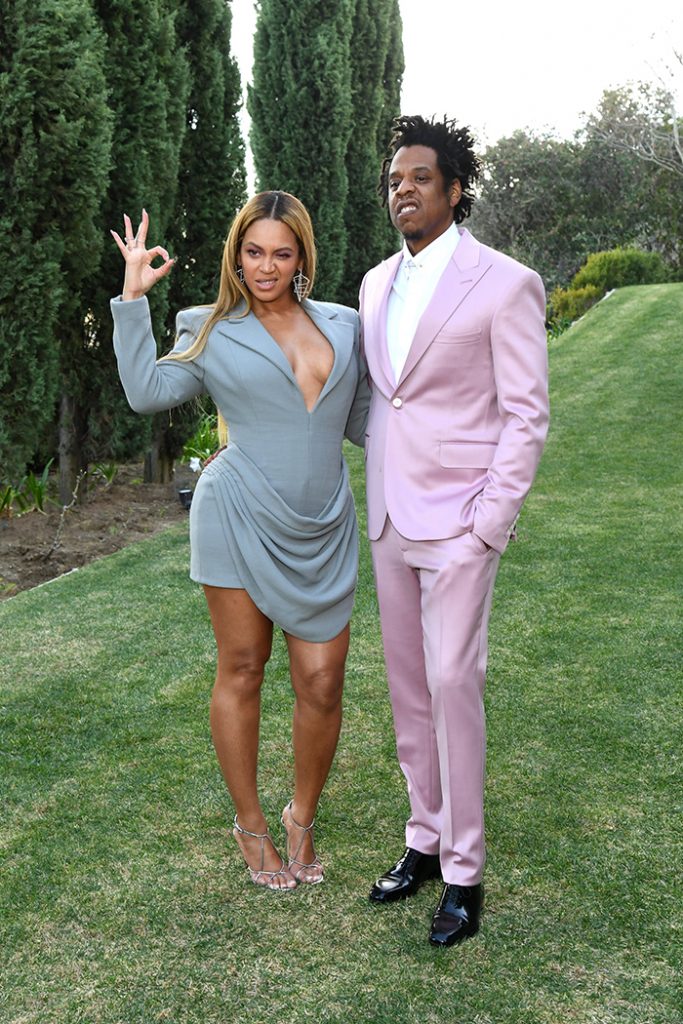 The “Single Ladies” singer look radiant in a red satin bustier gown with a high leg slit and one-sided train. JAY-Z opted for a triple-bre*sted cream suit vest with a chain detail, matching trousers and a white button-down.Even though the couple skipped the awards on Sunday night, Beyoncé still earned four nominations and one in the best music film category for her Netflix concert film Homecoming. 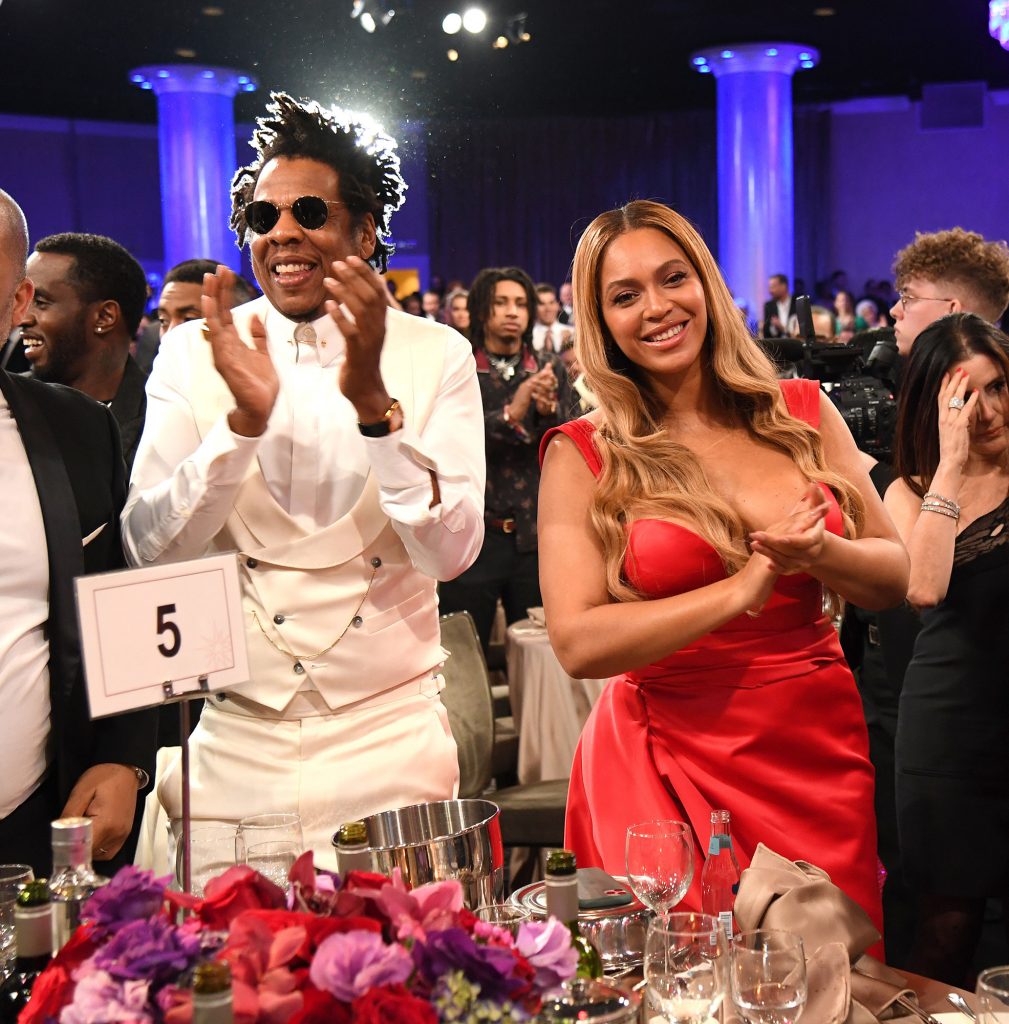 JAY-Z was not nominated this year, but took home a Grammy at the 2019 awards for the best urban contemporary album for his discography “Everything Is Love.”

This Article First Published On PEOPLE