Starting this summer, one of the nation’s largest historically-African-American colleges will set up a satellite campus at Google headquarters in an effort to bring more African-American computer science students into the tech industry. Roughly 25 to 30 rising juniors and seniors studying computer science at Howard University, located in Washington, D.C., will get the chance to spend three months taking classes at the Googleplex in Mountain View, California. The initiative is called Howard West. Students at Howard West will learn from current Google employees and Howard faculty with the goal of establishing themselves in an industry where African-American engineers are largely absent.

In 2016, for instance, just 1percent of Google’s technical engineering staff identified as African-American. Meanwhile, 37percent identified as Asian and 57percent identified as white. “We’d like to see Howard West alumni matriculate into full-time positions in tech, whether it’s at Google or other companies,” Dr. Wayne Frederick, president of Howard University, tells Business Insider. “We’d like to see Howard West alumni become the tech and business leaders of tomorrow.” 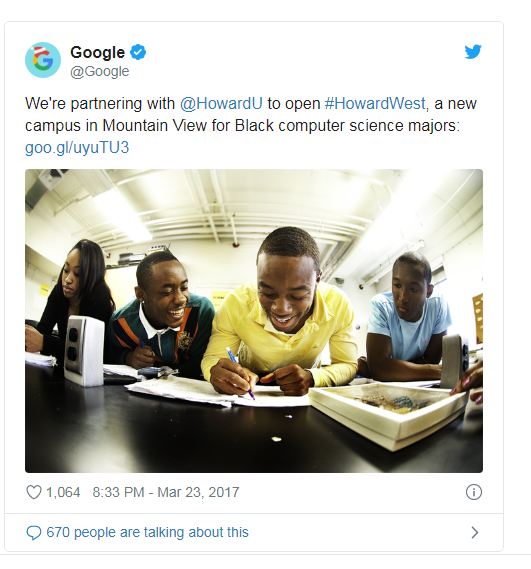 Students at Howard West won’t need to pay any extra tuition to attend, and they’ll also receive a stipend to cover their living expenses, reports the San Francisco Chronicle. The Chronicle also reports neither Google nor Howard is receiving any money from the other to run the program.

Frederick says the initiative represents an important bridge between African-American computer science students and the industry they’ve struggled to bre-ak into. It’s a bridge Silicon Valley has a responsibility to build, he says.

“The key is identifying parties who are willing to work toward change and understand the importance of this as a priority,” Frederick says. “In this case Google has demonstrated this commitment and we are excited to be working together.”

A spokesperson for Howard tells the Chronicle that 18 computer science students will graduate in May 2017. By next year, the university estimates it’ll rise to 25. Researchers have found so few African-American students gravitate toward tech-related majors (also including science and math) because of a vicious cycle in representation. “When you’re a minority in a particular institution, you are suddenly no longer a student but you’re a representative of your entire race,” Nicole Smith, the chief economist at the Georgetown University’s Center on Education and the Workforce, recently told US News. 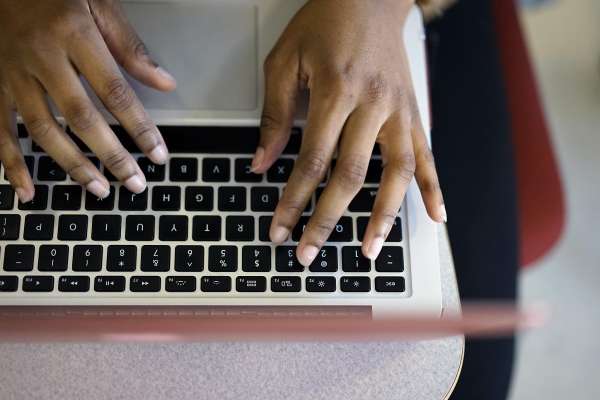 “We’d like to see Howard’s computer science program grow in popularity and serve both as a beacon and a model for aspiring CS students and other institutions,” he said.

This Article First Published On BUSINESSINSIDER